We have 1300 branches in China, and we were granted state subsidies for the corona crisis. 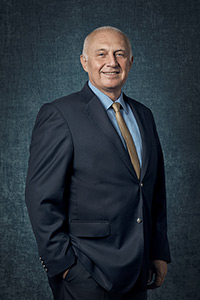 Below you can read Vahap Munyar’s interview with Caner Dikici, Board Member of TFI TAB Food Investments and CEO of TAB Gıda:

He stated: "We are faced with a health issue, which has a size we have not seen before. Although the starting point is accepted as China, now Europe is the center of the epidemic." He mentioned that the situation in China appeared to be under control, and he continued: “As TFI TAB Food Investments, we carry out an extensive operation in China with our more than 1300 Burger King restaurants. This was an unusual period for us as it is for everyone." He emphasized that access to high-quality and safe food was essential, especially during such periods: "Most people have to stay home. That's why their food needs are more important than ever." He noted that they did not experience any major problems because they took action fastly: "With our success in package service and applications such as contactless delivery, we continued to serve our customers through our digital channels.” He underlined that the hygiene issue made them stronger during this period: “We are one of the most prominent players of the market in China. We took each step according to the government's instructions. Our friends there worked day and night.”

I also asked about government subsidies. He replied: "The Chinese state has supported us in the economy in general and offered special incentives for our sector." He pointed out that they paid utmost attention during the corona crisis period: "From the supply chain to food safety, from the cleaning of our restaurants to the health checks and personal hygiene of our employees, we strengthened all our measures more than ever." He said that the staff and couriers' body temperature was regularly measured, and he added, "Along with the orders, the health information slips of the personnel were also sent to the customers." He said that they brought that application also to Turkey and continued: "Now we have started to conduct the same application in our country. Also, our customers, who use the ‘Place my order on the doorstep" option via "Tıkla Gelsin’ or ‘Yemek Sepeti’, can receive a contactless service." I asked whether they had any problems in the continuation of their activities in China. He replied: "We continue our operations in China with more than 1300 restaurants. Currently, we don’t have any problem. We predict it will get even better as the situation normalizes." He then added: “Almost all of our restaurants in China are currently open." TFI TAB Food’s "Corona days" experience in China is crucial ... Shouldn't the whole sector, especially those who provide fast food service, benefit from this experience?

TAB Gıda CEO Caner Dikici shared information about the activities of TFI TAB Food Investments: “TFI includes 25 percent of the restaurants opened annually by Restaurant Brands International (RBI), which owns Burger King, Popeyes and Tim Hortons brands worldwide and operates 26 thousand restaurants in 100 countries. He noted their 10 companies, including holding companies, were operating in Turkey and China: “We have around 2,500 restaurants. Nearly 600 of the restaurants are franchisees." He drew attention to the jobs created accordingly: "We have more than 25 thousand employees in Turkey operations. Together with our investments in China, we have over 60 thousand employees in total.” He also listed the brands within TAB Gıda: "Burger King, Popeyes, Sbarro, Arby's, Usta Dönerci, and Usta Pideci."